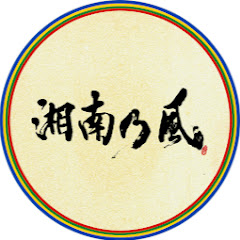 湘南乃風の公式YouTubeチャンネルです。ミュージックビデオ、スペシャル映像、ライブ映像などを随時配信！ Sonan no Kaze Profile Shonan no Kaze is a vocal group formed with 4 members which major debuted in 2003. They recorded the most sales for music that takes in reggae pieces in Japanese music industry. “Junrenka”, which was released in 2007, recorded total 6.5 million downloads and also won “Single of the Year” for “21st Japan Gold Disc Award”, and won the “Most Valuable Reggae Music Video” for “MTV VIDEO MUSIC AWARDS JAPAN 2007”. “Suirenka”, the summer song, was released the following year which has the elements of Soca, is still being sung as a standard karaoke song in Japan. In 2013 they performed at Yokohama Stadium and was the first reggae artist to perform solo there. The tickets got sold out immediately. In addition, they recorded smash hits such as “Ougon Soul” which was the theme song for TV Asahi drama show called “Koshounin〜THE NEGOTIATOR〜” and also “Bubble”, the theme song for popular PlayStation4 game called “Yaku